Whether driving to work, on an errand run, or road tripping with your friends, there’s nothing like jamming out to your favorite songs in your Ford F150. So, there’s nothing worse than your radio going out mid-song or not working completely.

A Fuse in the Fusebox Is Blown

If you ask anyone who owns or knows a lot about Ford 150s, they’ll tell you that the number one cause of your radio not working is because of a bad fuse. A blown fuse can cause the radio to work sporadically or not at all.

Most of the time, a fuse is blown accidentally, or mistakes were made during manufacturing. A few of the reasons a fuse would blow, causing your radio not to work, are:

Damaged wires and solder flow are other common problems that can cause your radio to malfunction or completely stop working. Wires can short out for many reasons, but most of the time, it’s due to normal wear and tear from you driving your F150.

In addition to the faulty wiring that can cause your radio to malfunction or not work is solder flow. Any solder flow or minor damages inside the mainboard of the radio can cause disruptions in its performance.

Do you know how your smartphone screen or computer screen might freeze on occasion? Well, this can happen to the display screen in your F150! Sometimes when this happens, it can cause your radio to lag or not work.

The reason your F150’s display screen froze can be completely random or due to needing to restart or receive updates.

With all the modern Ford vehicles, they sometimes need updates to keep the system working well. Usually, you’ll see this on the display screen when you start your Ford F150 truck.

When this happens, it can cause your radio and other BlueTooth features not to work well. You can still drive the truck, making it much less enjoyable. This is one of the most manageable problems to fix when your Ford F150’s radio is not working.

Lastly, your radio is not working in your truck because the radio’s completely dead or defective. This isn’t typical, but it does happen, especially with older 2009 F150 models. While it was prevalent in the 2009 models, it can also occur with the newer models.

Most people won’t realize that their radio unit is defective or dead until it becomes a recurring issue. For example, you might check for faulty wires and other issues and notice nothing until the radio dies.

How To Fix Your Ford F150 Radio

So, now that you know the main reasons why your F150’s radio isn’t working, you can start to figure out what the issue is and how to fix it. Here’s a quick overview of how to check for what’s causing your radio not to work and the appropriate solution. (check out our article on how to replace your battery without changing your radio settings)

The first thing you should do when your radio isn’t working, and it’s clear that your system doesn’t need updates or the screen’s not frozen, is check to see if there’s a blown fuse. Even if you’ve never done this before, it’s not too difficult.

How To Check the Radio Fuse

It’s easy to check if you have a blown fuse in your Ford F150. You’ll usually be able to find the fuse box under the hood in the engine compartment or inside the vehicle.

If you’ve never had to look for the fuse box before, consulting your user manual can save you a lot of time and frustration. The manual can tell you precisely where your fuse box is, depending on the model of your F150.

After looking at the owner’s manual, ensure your car is completely turned off before messing with the fuse box. In most models, the fuse box is to the left of the steering wheel.

It’s the same fuse that controls the power windows and power seats. Once you find the fuse box, you’ll want to remove the cover to look at the fuses.

How To Tell if a Radio Fuse Is Blown

How To Fix a Blown Fuse

So, you figured out that a fuse is blown; how do you fix it? The easiest yet most expensive fix is to take it to the Ford Dealership or a local mechanic who can do it for you. The other option is to purchase a new fuse and install it yourself. Here’s how to do it:

If you turn your truck on and the radio still isn’t working, there could be other issues wrong that we’ll discuss.

What Fuse You Need To Replace a Blown Radio Fuse

Since the radios on these trucks have an ampere rating of 20, you’ll need a 20 amp blade fuse to replace the blown fuse. You purchase these fuses online or at your local car parts store.

Once you’ve checked the fuse box and ruled out that a blown or broken fuse isn’t causing your vehicle to have radio issues, it’s time to check for faulty wires and solder flow. This is how you can check for fault wires at home:

If you notice any damaged wires, you’ll need to remove them and replace them. Once you do this, you can test to see if your radio is working. On the other hand, if the wires look unharmed but are loose, all you have to do is tighten them. Be sure you check to see if the tightening of the cables makes your radio work.

Detach the Mainboard for Solder Flow

Ford F150s will sometimes vibrate like any other car on the road. When this happens, tiny particles in the radio can rub together and stop working, leading to solder flow in your truck’s mainboard. To check and fix these issues, here are the steps you need to follow:

Be sure to let it cool completely before handling because when the equipment is hot, pieces are more likely to move around, which is what you don’t want.

Sometimes radios in these trucks will play, but the screen won’t respond to your commands like skipping a song, pausing, etc. Just like our laptops and phones sometimes freeze, simply restarting your unit should do the trick to get it working again.

Dealing with a frozen screen is one of the easier fixes for Ford’s F150s. Here’s how you can reset your frozen screen:

Wait for the screen to turn back on. This should solve your screen freezing issues and the non-responsiveness to your commands. If this doesn’t solve your problem, you might need professional help.

Another common reason your radio isn’t working is that your F150’s system needs updating. Usually, you’ll see the display screen alert you to this, and it will begin updating automatically. Once it’s finished, your radio should be working just fine.

If your system isn’t alerting to updates or alerts but doesn’t automatically start, here’s what you can do to update your vehicle’s system:

If there are any updates available, it will detect them and begin updating. Sometimes you might have to hit install, but it’s an easy fix!

If all else has failed, you might be dealing with a dead radio or defective unit. The only thing you can do about this is contact the dealership or mechanic to purchase a new one and install it. You should always check to see if you have a warranty that might help you with the cost of the new radio unit.

Most people take their vehicles to a professional for this fix, but if you can get the parts you need and want to save yourself some money, here’s how to install a new radio in an F150:

You can handle some of the issues behind why your Ford F150 radio isn’t working at home. This is a great way to save yourself some money. Fixing a frozen display screen or updating your system won’t cost you anything and can easily be done at home.

Other fixes like replacing a radio fuse, adjusting the wires, or replacing the radio entirely will cost money. How much a new fuse will cost depends on where you get it, but buying it yourself and replacing it at home will save you a lot of labor costs.

Even if you want to save money, if you don’t have the skills to fix any issues with your F150 radio on your own, it can cause more problems. In this case, taking it to a professional mechanic or the Ford dealership is a good idea.

How much these repairs will cost depends heavily on where you live, the mechanic you choose to go to, and the reason why your radio isn’t working. This will always be the most costly option, but it might be the more beneficial option for you if you don’t know how or have the time to fix the issue at home.

For example, the radio fuse you’ll need to replace only costs about $4, but if you go to a mechanic, the price could jump to over $100 with labor costs. 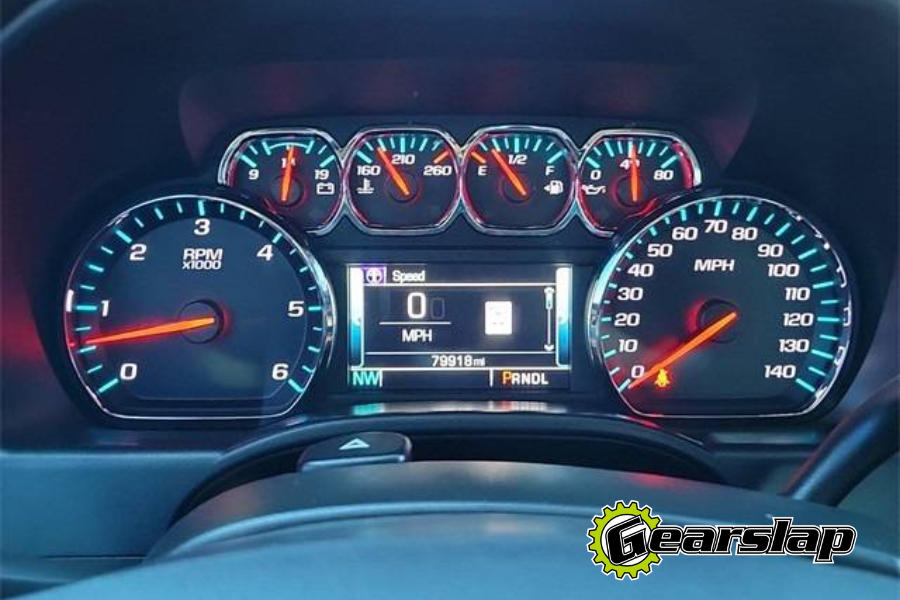 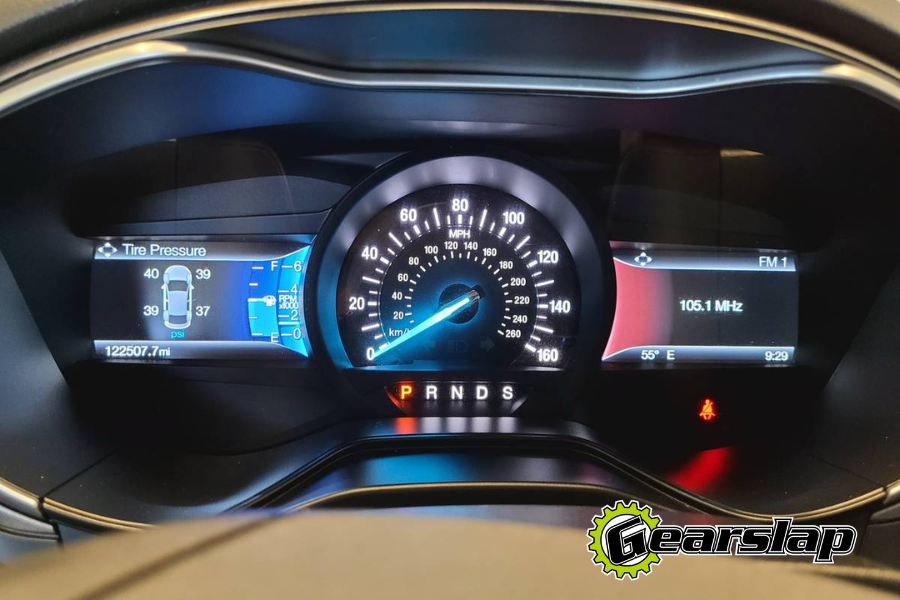 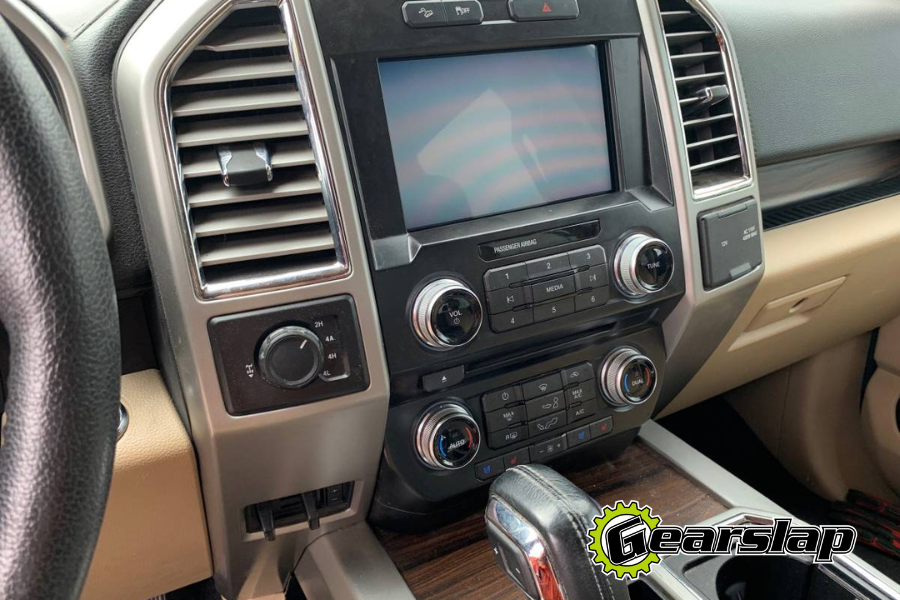 Ford F150 Radio Not Working? Causes & How to Fix 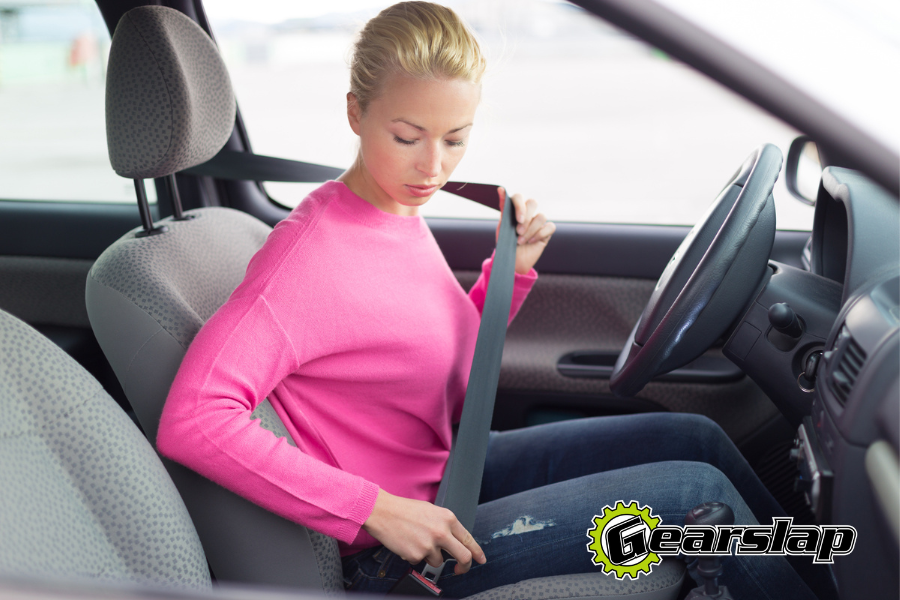 How to Fix a Seat Belt that’s Stuck and Won’t Move (unjam it!)

How to Reset Most Ford Instrument Clusters (Can they be reset?)

How to Reset Most GM Instrument Clusters (Can it be reset?)

Can You Wrap a Leased Car or Put Vinyl Signs on it?