As with most things, the answer to whether or not antifreeze expires can be a complicated investigation. There are certain situations where antifreeze can degrade, but if kept in the original container and left unopened, it has an indefinite shelf life.

Even when mixed with just water, however, to make engine coolant, antifreeze can still last for years. When it combines with other substances, it starts to become a problem.

The Shelf Life of Antifreeze

It’s one of those things that never seems to go bad. Engine coolant already lasts a long time, but antifreeze is the form that has never been combined with water. In the original bottle, antifreeze can sit on a shelf for eternity and still be good until you open it. To understand what causes antifreeze to expire, you need to have an understanding of the degradation process.

When mixed with other liquids, the antifreeze can start degrading and become a nuisance that needs to be disposed of. Those other liquids can cause the active agents in antifreeze to the various acids that make them up. It’s more complicated than that, but the simple explanation is that the parts of the antifreeze that make it work start to break down and cause it to work less effectively.

However, this only happens when the antifreeze is mixed with other liquids, and depending on what those liquids are, the degradation may occur faster or slower. Antifreeze mixed with water, for example, can keep for years.

So how can you tell when your antifreeze has degenerated? And what does it mean when it does? It ‘s not like antifreeze (coolant) comes with an expiration or “best if used by” date on it. And it gets even more complicated if it has been added to your car’s cooling system.

When food expires, it can make you sick. Does that mean your antifreeze will damage your car if it isn’t good? Does this mean that at a certain point you should replace it instead of just increasing your coolant level?

All good questions! Let’s take it one thing at a time.

How Can You Tell Antifreeze Has Degraded?

Usually, the first sign that your antifreeze has expired will be that it starts to get slushy in the winter. If it isn’t doing its job, that is a good sign that something has gone wrong. They make testing kits that can give you an idea of how effective a solution will be before you try to use it.

Another way to tell if your antifreeze has degraded is to smell it – if your coolant is fresh, it will have a sweet smell with a hint of metallic odor. If it is degraded, it will probably smell like water or “wet rust.” It’s not exactly scientific, which is why recommend the test strips.

If your engine coolant or antifreeze isn’t doing its job, it might be worth testing it. We have a great write-up on how to check your coolant and how to test it here. 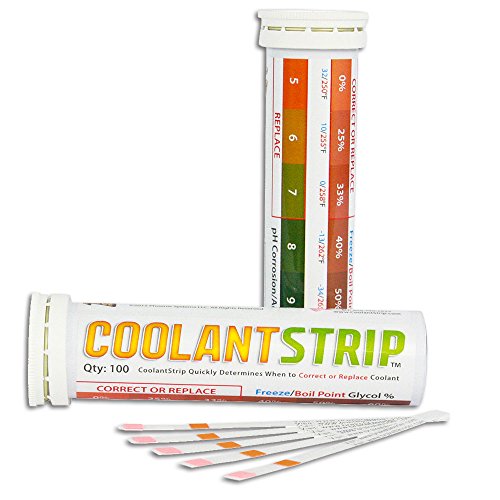 Phoenix Systems 8001-B Coolant Test Strip (Determine When to Replace Automotive Coolant - 100 Test Strips) Check Price on Amazon
We may earn a commission if you buy, at no added cost to you.

What Happens When Your Antifreeze Goes Bad?

If your antifreeze goes bad, a few things can happen. On the not-so-bad side, your coolant will stop reacting as you want it to – it won’t cool as quickly or it will freeze at higher temperatures.

On the “terrible” side of the spectrum, your coolant can become gelled and thicken to a sludge. This can ruin your water pump, cooling components (thermostat, coolant reservoir or ports in your cylinder head) or it can completely gum up your engine block.

Aside from it not working, on the more practical side, what this means is that you will have to change your antifreeze. It’s not that hard to do. It can take about an hour to do it yourself if you follow the instructions located in your car’s manual.

The tricky part is when you have to dispose of the expired antifreeze. Dumping it on the ground or down the drain is a major problem because of all of the hazardous materials that go into antifreeze. It contains heavy metals like cadmium and chromium that can have a massively adverse effect on the environment and poison people.

Additionally, antifreeze contains propylene glycol which has been shown to harm humans with prolonged contact (and death if ingested).

Instead of dumping it in the dirt, gather it in a secure container and call your local recycling facility. Some of them do collect coolant to recycle the chemicals for further use. If your local facility does not, they will be happy to direct you to the nearest place that does.

Will Bad Antifreeze Damage Your Car?

Yes, there are a couple of ways that degraded antifreeze can damage your car.

First of all, if your temperature control isn’t working properly, your car is open to various problems due to overheating and freezing. But it might never get to that point.

Degraded antifreeze, if left where it is for too long, can cause corrosive deposits in your engine. The potential for rust is a real risk that you run if you don’t change it.

The working part that makes antifreeze a good temperature regulator is ethylene glycol. When mixed with various other fluids, it starts to break down, and the chemical bonds that keep it together start to fray, leaving it as the parts that comprised it.

Unfortunately, those parts are glycolic and formic acids, which are highly damaging to metal and harmful to the health of humans and animals. That makes it so important to keep an eye on the temperature regulation in your car’s engine because corroded patches will eventually start to leak and can do serious damage to the environment once they do.

What should you do if your Coolant is Old or Expired? 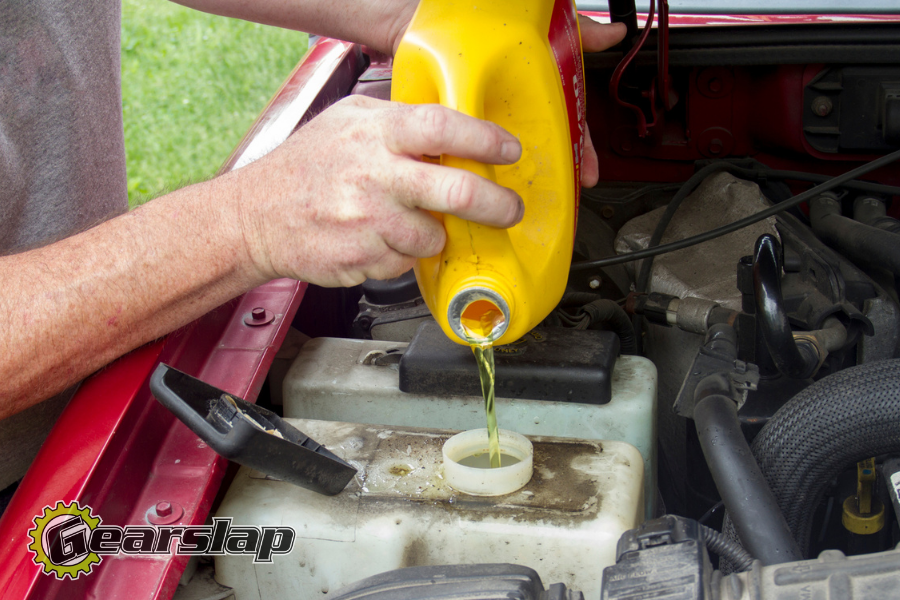