The following guide provides readers with a closer look at the nuances of each road racing organization and its event calendars:

NASCAR is an organization that focuses on stock car racing that was founded all the way back in 1948 by Bill France Sr. In 2018, his son, Jim France, became the CEO. NASCAR was actually born out of Prohibition, as stock cars were used in the bootlegging of alcoholic beverages. Since stock cars are small and fast, it was much easier for the bootleggers to successfully evade the authorities.

Once Prohibition, the practice of racing with these cars continued without the involvement of the police. Instead, the drivers began to race for profits and pride instead. As the races grew in popularity, Bill France and other drivers came together to create the foundation of NASCAR as it is known today. Modified, Roadster, and Strictly Stock were the initial divisions.

Since then, the races have continued to expand, as NASCAR events are now held all over the continental United States, as well as Europe, Canada and Mexico. The most well-known NASCAR events are referred to as the Grand Slam: the Daytona 500, Coca-Cola 600, Brickyard 400 and Southern 500. While these are not championships in the same sense as golf and tennis, they are the most coveted races of each season.

43 cars compete in each race, although the numbers can fluctuate from time to time. NASCAR is widely considered to be the biggest road racing organization in the US, making them the preferred choice for American stock car racers. The organization’s 2021 event calendar is jam-packed, giving viewers at home (or on the track) the chance to check out a wide range of races.

As the governing body for Formula One, FISA plays a key role. This organization has been in existence since 1922, as they were known as the FIA (Fédération Internationale de l’Automobile) at the time. From there, the delegation of automobile racing was left to the Commission Sportive Internationale. This setup would remain in place until 1978 when Jean-Marie Balestre took over. Now, with FISA restructuring (which occurred in 1993), Formula 1 has since been under the direct control of the FIA.

The European Championship of Grand Prix motor racing took place in the 1920s and 1930s, giving Formula 1 its start. By 1946, the Turin Grand Prix became the first Formula 1 race and continued after a relatively brief hiatus that took place due to the Second World War. The first World Championship for Drivers was won in 1950.

The open-wheel single-seater races have 20 drivers apiece and there are 10 different teams to speak of. Of all the Formula 1 races, the Monaco Grand Prix is considered to be the most important of all, formulating an unofficial Grand Slam with the Indianapolis 500 and 24 Hours of Le Mans. Formula 1 racers are considered to be among the most skilled racers in the world, across all organizations.

In the words of one publication, racers have to be “amazing, just to be average“. Races are held all over the world, including Europe, North America, Asia and Australia. 22 races are scheduled for 2021’s event calendar, providing no shortage of opportunities to take in the excitement.

As a road racing organization that supports road racing, rally and autocross, the SCCA (Sports Car Club of America) has a very rich history. The roots of the SCCA can be traced to the Automobile Racing Club of America. In 1944, the SCCA was formed as an enthusiast group and road racing was sanctioned by 1948, as the inaugural Watkins Glen Grand Prix was held.

Cameron Argetsinger, a local enthusiast and club member, ascended to the rank of Director of Pro Racing and Executive Director. He was responsible for holding the event. By 1951, races were being held all over the country and the SCCA National SportsCar Championship was formed. In addition to the aforementioned types of racing that this organization supports, there are also time trial races that allow racers to compete in more high-speed events.

In order to ensure maximum accessibility for fans all across the country, the SCCA is divided into six conferences, nine divisions and 115 regions. Races take place within the continental United States, as a plethora of different regions are represented. The northeast, southeast, west coast, midwest and deeper south all have their own divisions. Autocross and time trial races have one driver (although autocross races can have as many as 4) at a time, while the number of road racing participants will fluctuate regionally.

The crown jewel event for the SCCA is the Runoffs series. This is where the top racers in the SCCA gather to compete in head-to-head races, to see who is the best. The SCCA event calendar is jam-packed, no matter what region racing fans may reside in. People race with them because there are no shortage of events to compete in and the organization strikes the proper balance between respect for the past and enthusiasm for the future.

This auto racing sanctioning body focuses closely on many disciplines of open-wheel car racing, with a specific emphasis on Indy car. Five racing series are sanctioned by this organization: the premier IndyCar Series (the Indianapolis 500 serves as the crown jewel for this series), Indy Lights (a developmental series), the Indy Pro 2000 Championship and the U.S. F2000 National Championship. All of these races serve as a crucial part of the Road to Indy and the Global Mazda MX-5 Cup.

Formed in 1994 under the Indy Racing League and owned by Hulman and Company, the INDYCAR official trademark was not officially adopted until 2011. Meanwhile, the roots of open-wheel car racing itself are traceable back to the early 1900s. In modern times, INDYCAR is owned by Roger Penske via Penske Entertainment Corp. The Penske purchase was made in 2019.

The Indianapolis 500 is clearly the most well-known race in these series and is arguably the most well-known race in the world (or at least as far as North America is concerned). While the Indy 500 will typically have 33 participants, IndyCar series races will usually have 20-22 entrants. Many drivers will step down to part-time status, returning each year to compete in the Indy until they decide to fully retire.

Racers choose IndyCar because of this type of latitude and the number of different series to choose from. In fact, former Formula 1 drivers are gravitating towards IndyCar because it serves as a more attractive mid-career option. Both organizations are considered to be the top single-seater racing series, though. The 2021 event calendar has races all over America, although there are international events in countries like Brazil, Japan and Australia.

The National Auto Sport Association was founded in 1991 and is headquartered in Las Vegas. A number of different series are hosted under the NASA umbrella, including High Performance Driving Events (HPDE), automotive rallies, Time Trial, autocross and amateur, club level automotive racing. At its beginnings, NASA was a humble outfit, merely trying to get booked.

While some consider NASA as an alternative to the other racing organizations, this is not the ethos that Jerry Kunzman and Ali Arsham stand by. The organization has since come a long way, as Ryan Flaherty and John Lindsey replaced Arsham at the helm in 2001. Races are held in the United States and the crown jewel National Championships were added in 2006.

Racers will choose NASA because of the alternative options that they have to offer but this is not meant as a slight to other organizations. It’s a great way for drivers who are less experienced to get onto the track, as they offer easy, safe and affordable ways to get started on the process.

If a driver is able to earn points in five different regional races, they are eligible for the National Championship. The number of total participants for each race will depend on the number of qualifiers in the region and the series in question. Those who wish to find out more about the 2021 event calendar can learn more about each region’s plans.

This drag racing governing body is responsible for races that are held throughout the United States and Canada. There are over 40,000 members across all of the NHRA rosters, which lends credence to the claim from NHRA that they are the largest sanctioning body in the auto racing world. Wally Parks founded the organization in 1951 and within six years, they had over 57,000 members to call their own.

The biggest races take place during the NHRA Camping World Drag Racing Series, as the national event series consists of 24 races each year. The Series consists of four different classes: top fuel dragster, funny car, pro stock and pro stock motorcycle. Over the course of these events, fans may see up to 200 classes of vehicles spread across 15 different categories.

The NHRA is chosen by many drag racers because it is widely considered to be the top organization in this regard. Each of the lanes is also timed independently, which is an aspect that is sure to appeal to many drivers. It’s the perfect organization for all of the speed demons (and their fans) out there who want to see cars reach their top speeds as quickly as possible. 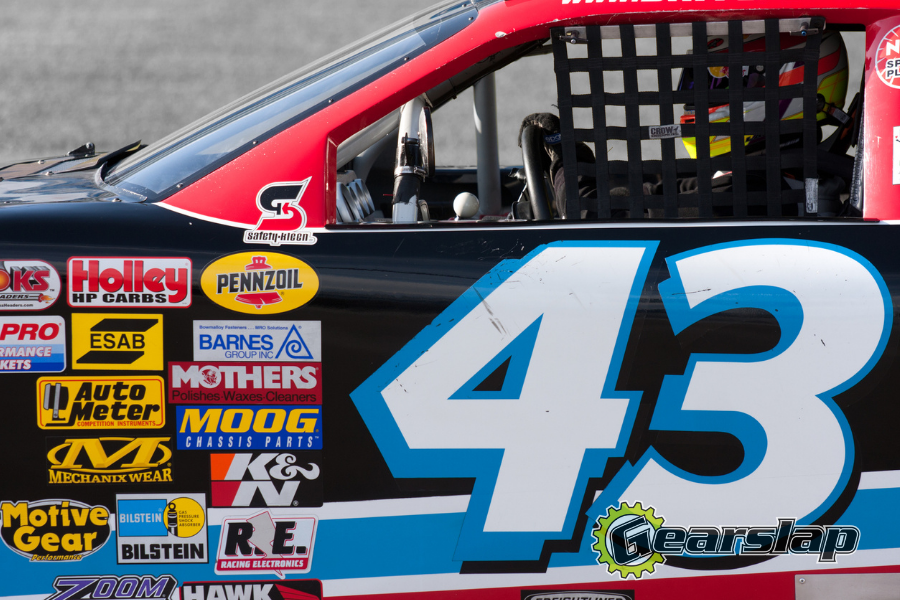