The automotive world has constantly evolved with technological advancements like artificial intelligence, heated seats, air conditioning, and self-tensioning seat belts. All these tech gadgets and the engine need enough power to keep running when the car switches off.

Despite being the most popular, the flooded battery couldn’t keep up with the increasing load and thus came the AGM battery. So, what is an AGM battery, and why do they cost an arm and a leg?

Why Would You Need an AGM Battery?

What is an AGM Battery? AGM stands for Absorbent Glass Mat, a sealed lead acid battery quite different and advanced than the regular flooded lead-acid battery.

Since the first vehicle models hit the road in the 1880s, driving has changed a lot over the last couple hundred years.

Early vehicle gadgets were cassette players, then came the stop-start technology in 1969 followed by other gadgets such as:

Ordinary lead-acid batteries have been a darling of many vehicle manufacturers because they provide strong currents in short bursts for ignition before the alternator takes over.

The ordinary flooded lead-acid battery, although cheaper, cannot support a car alarm system for a few hours, let alone support a combination of all the mentioned functions.

This creates a need for an improved battery that can produce enough electric power to support the power consumption of the modern vehicle. Every confident driver needs a battery to keep the systems running longer and has a shorter charging time. Say hello to the AGM battery.

How Does an AGM Battery Work?

They also come with an electrolyte, usually sulfuric acid, which initiates a chemical reaction that produces electricity through the exchange of ions.

Charging these battery types reverses the ion exchange process while releasing small amounts of hydrogen and oxygen gases. The gases escape through small holes at the top, and some batteries have valves to regulate the gas escape process.

Because they are sealed, we can use them in various terrains as long as we don’t place them upside-down.

The AGM battery behaves similarly, only that in this case, the manufacturers squish glass mats in between the ultra-thin lead plates. Due to their spongy nature, the manufacturers can tightly pack as many as possible into the cells providing more lead and more storage power in the process.

The AGM sucks all the liquid electrolytes leaving none flowing freely, which gives people the “dry” illusion because no electrolyte flows out when they break the outer case.

It contains enough electrolyte to wet the mat, thus creating enough surface area for the chemical reaction between the plates without flooding the cells with flowing electrolyte. The result is an impressive non-spillable battery that supplies more power to cars than the conventional SLAs. Talk of killing two birds with a single shot.

Is an AGM Battery Better Than a Lead Acid Battery?

We cannot answer the question “What is an AGM Battery” fully without considering its advantages over the lead-acid battery.

We have already stated that both battery types have similar modes of operation because they contain lead plates and an electrolyte made of water and sulfuric acid. However, the AGM Battery has many superior qualities over the Lead Acid Battery. Here we go:

Hydrogen and oxygen gasses are produced during electrolysis and escape from the lead-acid battery through gassing. This process raises the acidity level of the electrolyte and reduces battery life. That’s why conventional batteries require frequent maintenance by topping up water and placing it in well-ventilated areas.

On the other hand, the AGM battery keeps the gases inside the casing and collects them using special valves for reuse. It is, therefore, suitable for many applications, including trunk batteries, under car seats, and other hard-to-reach areas.

AGMs come with tightly packed glass mats to cushion the thin steel plates. This design ensures that the battery remains intact even under vibration, shock, and many other forceful movements making it useful for race cars, ATVs, motorcycles, and other off-road vehicles.

The AGM battery is more resistant to sulfation because the electrolyte is not constantly in contact with super-thin lead plates.

This makes them a go-to choice for vehicles that usually stay for long in a state of disuse. They are more resistant because of their slow self-discharge rates.

AGM batteries have a longer life because they don’t sulfate easily and retain their charge for longer, which reduces the amount of recharges during the battery’s lifetime.

Conversely, flooded lead-acid batteries have excessive electrolytes lying around, which increases their self-discharge rate and sulfation.

Why Are AGM Batteries Expensive?

AGM batteries are pricey because of their high manufacturing costs. Unlike conventional batteries, they can cost over $200.

That said, the price of AGM batteries is justifiable. They retain their charge and can last up to five years. 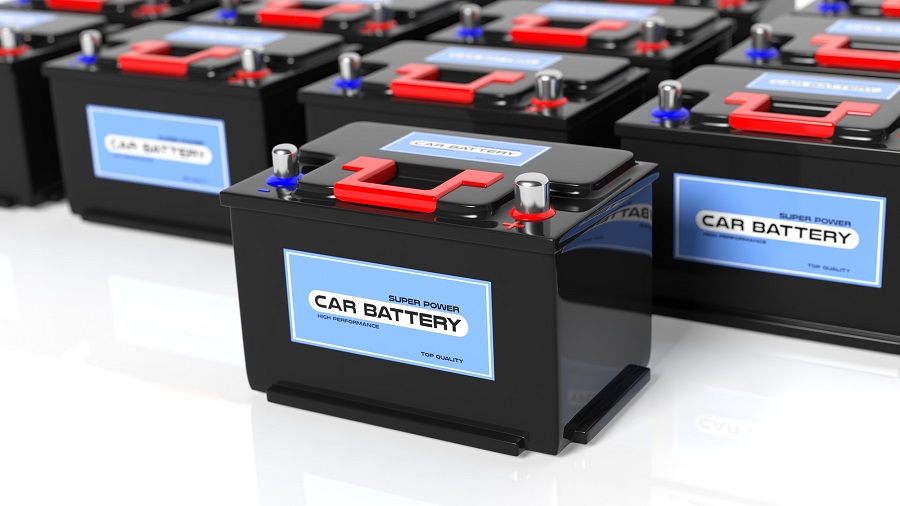