The Subaru WRX STI offers a super-safe sporty vehicle with a cost starting at $38,170. It hasn’t done well in automotive reviews though or with consumers. Out of 10, this Subaru has only earned a 6.5. The dependable venerable brand of safety vehicles usually manages a more pleasing performance with consumers.

Inspired by the manufacturer’s FIA World Championship Rally series race car, the vehicle launched was designed for maximum performance with a turbocharged four-cylinder engine and a firm suspension. It only comes in manual transmission and all-wheel-drive (AWD). You buy an STI for its power and off-road capabilities.

You won’t get the cargo space of other Subaru models, but the sports car does feature a 60/40-split-folding rear seat that frees up a bit more room for groceries or luggage.

The downside exists. This sporty vehicle wasn’t really designed for commuting. Its engine lags and creates road-noise, but you won’t notice that zooming around off-road or on the straightaway. This aggressive ride requires a deft hand at the wheel and a patient driver.

In all honesty, this isn’t the vehicle to take on a long road trip. It typically gets 16 mpg in the city and a passable 22 mpg on the highway. In perfect conditions, it can manage 25 mpg, but that pales in comparison to many of the other cars on the road today – especially for the size.

Performance-wise, the two trims provide the same power. The trims only change the infotainment screen size and the items like the seats. Both provide the safety and driver-assistance features that few rally cars offer, including blind-spot monitoring and rear cross-traffic alert.

The National Highway Traffic Safety Administration (NHTSA) awarded it a five-star crash-test rating and named the WRX STI a Top Safety Pick by the Insurance Institute for Highway Safety (IIHS).

Depending on the packages, the STI costs you between $10,000 to $12,000 more than the standard WRX. You pay for the power on dirt roads, the ability to handle any weather conditions, and the cache of the brand’s rally car.

When was the WRX STI first produced?

The WRX debuted overseas in 1992, but the STI didn’t hit the road until 1994. The US market didn’t get a chance to drive this vehicle until 2002. The Impreza offered the WRX, but it only came as a trim. The STI arrived on US soil in 2004.

What does WRX STI stand for?

WRX STI stands for World Rally eXperimental Subaru Tecnica International. This line of Subaru cars the manufacturer designs for rally races that take place in all-terrain and all-weather conditions. These vehicles compete in ice and snow conditions, as well as mud and sand.

Is the WRX STI still produced?

Subaru continues to produce this sports car. The 2023 version of this car model will feature a 2.4-liter turbocharged engine, reports Australia’s Drive.com. That change will push the vehicle’s horsepower from its current 310 to more than 400, providing the vehicle with an infusion of added power.

Which variants/trim packages are offered?

You have two choices of trim when it comes to the STI. Choose its base model or its Limited trim. Going for the Limited adds Recaro performance front seats and Harmon Kardon stereo system. The seats provide eight-way power adjustment on the driver’s side. You can add a package to the Limited to put a low-profile trunk spoiler on it.

Otherwise, the manufacturer offers a few standalone features that you can tack onto either the STI base model or Limited. These include an Ultrasuede steering wheel for $499, an auto-dimming mirror that includes HomeLink, and a compass for $359. You can also add an STI-branded shift knob for $185.

While rare, you can find some STi’s with automatic transmissions instead of the Six-speed manual transmission that normally comes with it. Part of the appeal is the feel of driving a car like famous rally racing drivers – like Colin McRae who made the car famous. You may even find one that has the limited access gold wheels that make the car infamous.

How fast is a Subaru WRX STI?

The top speed the WRX STI can reach is 174 mph. Although it started out as a rally car and they still compete in a version of it in European rally races, you will wear out your transmission if you regularly drive at its top speed or near that.

The STI goes from 0 to 60 in 4.6 seconds. Tests of prototypes for its forthcoming release have made the standstill-to-highway-speed 5 seconds, creating some consternation. It seems to many, perhaps rightly, that the vehicle should increase in performance, especially since it will land a much more powerful engine in its new release. Once it makes it to high-speed, it motors along, taking a quarter-mile strip in 13.2 seconds.

Is the STI faster than an EVO by Mitsubishi?

You can outrun a Mitsubishi Evo in a Subaru WRX STI. While the STI tops out at 174 mph, the Evo tops out at 155 mph, according to its manufacturer’s website.

Which STI to Buy?

Since they’re the same performance-wise on either build, you choose the base version if you need to save money, but the pricier Limited if you want the souped-up seats and stereo. The base model still provides Android Auto, Apple CarPlay, and a 7.0-inch infotainment system. You also get heated front seats and 19-inch wheels and summer tires. You can opt for the spoiler on either model version. That leaves which one to purchase completely up to you. 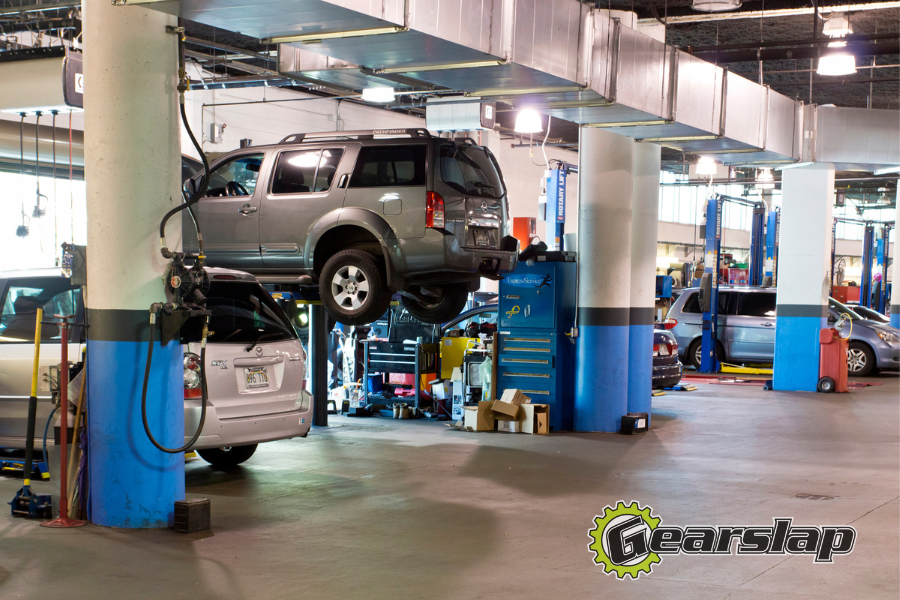 A Complete Guide to Hydraulic Jack Oil – Good Under Pressure

Finding the Brightest LED Headlights for Your Car – Buying Guide

List of BMW Approved Motor Oils – What to Use and Why

What is Dielectric Grease – Everything You Need to Know