If you are a Chevrolet fan, you probably follow the announcements of upcoming trucks and truck releases. Like many of us, you might be wondering about the upcoming Chevy Silverado ZRX. What will it be like? How will it be different from other Chevy trucks? Which competing brands is it closest to?

Well, don’t worry. I’ve done the research and the work for you. Here’s all the information available on the Chevy Silverado ZRX until it finally releases, and I can drive it for a full review.

The Chevy Silverado ZRX has been in the works for several years now, with a release pending in 2022. It’s a larger truck than Chevy has made before, with a strong emphasis on off-roading. The ZR2 was released this year, but there’s no sign of the fabled ZRX on Chevy’s horizon.

Chevrolet has not officially announced a Chevrolet 1500 ZRX truck. Many truck enthusiasts think that the ZRX was never going to be developed, while others are sure it’s the next step after the ZR2. While many of the details of the ZRX are based on hearsay and speculation, there are some things we know for sure. 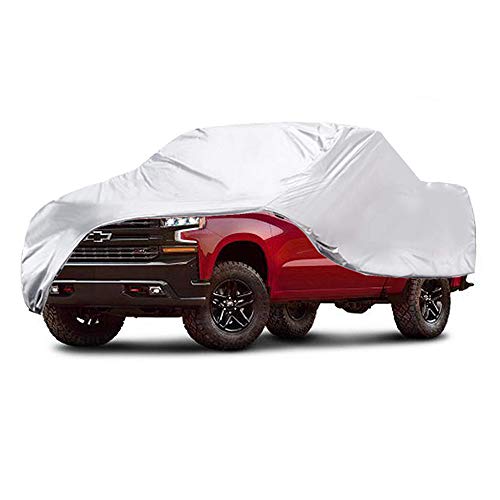 The Chevy ZRX is based on the newest Chevy truck, the ZR2, and the GMC Sonoma ZRX. This branding is intentional and created to remind customers of the off-roading strengths of Chevy’s past tracks. The ZRX, however, is supposed to outstrip them all.

The Chevy Silverado ZRX will have electronic locking front and rear differentials. These parts will make it easier on muddy roads or while off-roading. A stronger suspension system also benefits the truck while it’s on uneven ground.

Like all Chevy off-road trucks, the ZRX will have a standard 10-speed automatic transmission and a 6.2L V8 L87 gasoline engine. However, there might be a diesel or turbo V8 engine option available in future models of the ZRX. As an off-roading vehicle, the Chevy Silverado ZRX will likely offer several modifications.

How is the ZRX Different From the ZR2?

The ZR2 is an excellent pickup truck with plenty of space and off-road ability. The ZRX, however, will be bigger than the ZR2 and benefit from the improved frame strength and suspension. These modifications will increase the distance and intensity of off-roading trips, making the ZRX more of a beast than the ZR2.

The ZR2 just came out and boasts an impressive set of new features, from a customized interior to higher durability off-road. The truck is already receiving high reviews, even though it’s not available for the general public yet. Many people who thought the ZRX was coming out this year are surprised to find that it’s the ZR2 instead.

The ZRX will benefit from many of the design upgrades of the ZR2 and learn from its issues. By the time it comes out, Chevy will have worked out all the bugs, and we’ll have the perfect off-roading machine.

The ZR2 is an impressive truck on its own and has the distinct advantage of being released. While the ZRX is still in the works, we can only speculate that it will be the off-roading monster of our Chevrolet dreams.

When Will the ZRX Be Released?

The ZRX is a much-talked-about mystery in the truck industry world. While the ZR2 recently was released by Chevy as a 2022 model, the ZRX is still in the throes of development. Truck companies don’t tend to release more than one similar model simultaneously in case they need to improve upon their model later on.

The answer to this question is mostly guesswork. For several years, it was assumed that the 2022 new Chevrolet truck would be the ZRX. It was high time that Chevy updated their truck line, and we were all hoping for an off-roading beast. The ZR2 is an excellent off-roading truck, but it’s not exactly what many truck enthusiasts expected.

The recent release of a new model could mean that the Chevy Silverado ZRX is just around the corner. Especially if customers don’t like the ZR2 for off-roading or heavy-duty work, Chevrolet might scramble to put some plans together for a different model. However, if it is popular, it could be years before they upgrade to the ZRX model.

How Much Will the ZRX Cost?

There is no set price for the Chevy Silverado ZRX, but I can safely say that it won’t be a cheap car. Because of the souped-up interiors, the more robust suspension, and the increased frame, the ZRX will likely cost more than the Chevy Silverado ZR2. The ZR2 currently sells for around $66,795.

Of course, modifications and custom engines will be available, which could drive the price up. The ZRX will be a customizable off-roading car, so you shouldn’t expect to pay any less than $65,000 for an excellent deal on the truck.

Is the ZRX a Competitor of the Raptor or the TRX?

The Chevrolet Silverado ZRX is a direct competitor to the Ford F-150 Raptor and the Ram 1500 Rebel TRX. These two cars are direct competition for each other, and Chevrolet has thrown its hat into the ring by creating the ZR2. When the ZRX is finally released, it will be tougher to beat than ever.

While the ZR2 is the competition right now, it is more expensive than both of these two trucks. It doesn’t quite have the off-road capabilities of the Rebel TRX, which is why I’m looking forward to a Chevy off-road that rivals Ram and Ford.

The ZR2 is the current Chevrolet version of the Ford Raptor and the Ram Rebel TRX. Before this year, the best competition these two trucks had was the Silverado Trail Boss.